Applejack was originally created in colonial times by leaving fermenting apple cider outside in the wintertime to be freeze-distilled (“jacked”) into a higher-proof spirit. Since alcohol freezes at a lower temperature than water, producers were able to remove water content (and thus concentrate the alcohol content) by going out and discarding the ice as it accumulated. How’s that for DIY!

Haven’t heard of applejack before? Well, its popularity declined after the nineteenth century, with the advent of metal stills, abundance of clean water, and modernized distillation processes, and it took until fairly recently for applejack to be rediscovered by American bartenders and for distillers to start producing this iconic American spirit again. Before then, there had been just one remaining distiller—Laird’s—which was actually the very first licensed distillery in the US (!) and has been continually producing applejack since 1780.

But now more distilleries have picked up the torch, and applejack is being reintegrated into the craft cocktail landscape—and we’re looking forward to introducing you to it with December’s Applejack of My Eye Box (don’t worry, we won’t ask you to jack it yourself!). Subscribe now through November 30th to get yours! It’ll ship the week of December 4th. 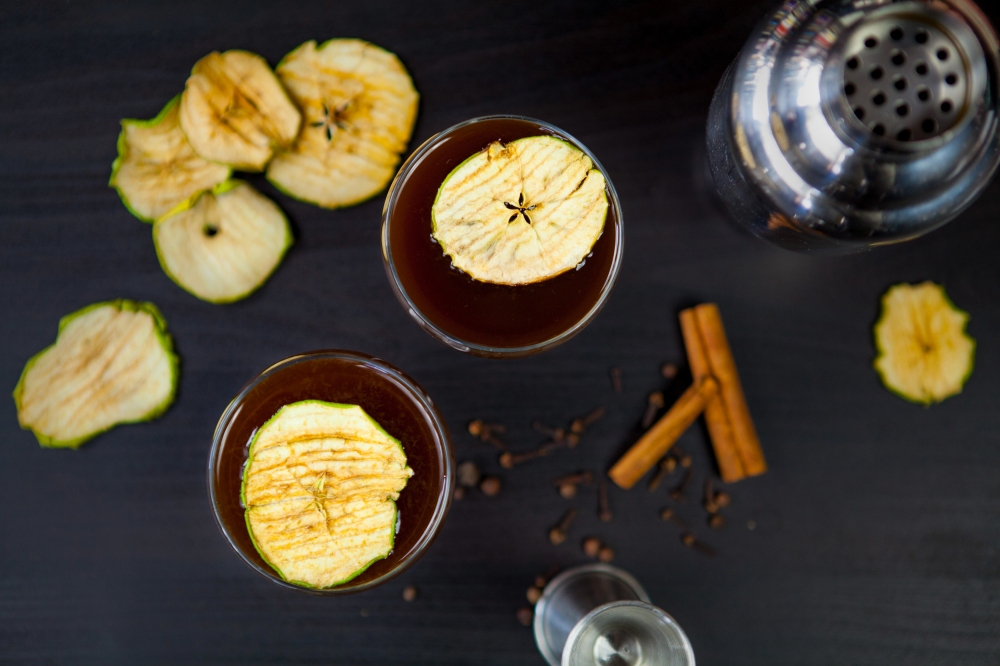 First up, a new original from Russell Davis! He’s bringing us a modern twist on a classic applejack cocktail (the Jack Rose), with added complexity and fitting for the season. The flavors of his Winter Rose—which calls for house-made chai–palm sugar grenadine—meld beautifully to bring you deep spice and richness from the chai and a delightful caramel apple flavor from the reaction between the applejack and coconut palm sugar. All together it’s reminiscent of a gingerbread man!

As one of the most well-known and influential nightlife professionals, Russell is paving the way for the new era of the celebrity mixologist. He was co-star of and expert on Spike TV’s Bar Rescue and, in addition to having been named Nightclub & Bar’s 2012 Bartender of the Year, is also president of Unlimited Liabilities, an elite bar/spirits industry company comprising some of the world’s best bar talent, and Shaker & Spoon’s CCO (Chief Cocktail Officer). 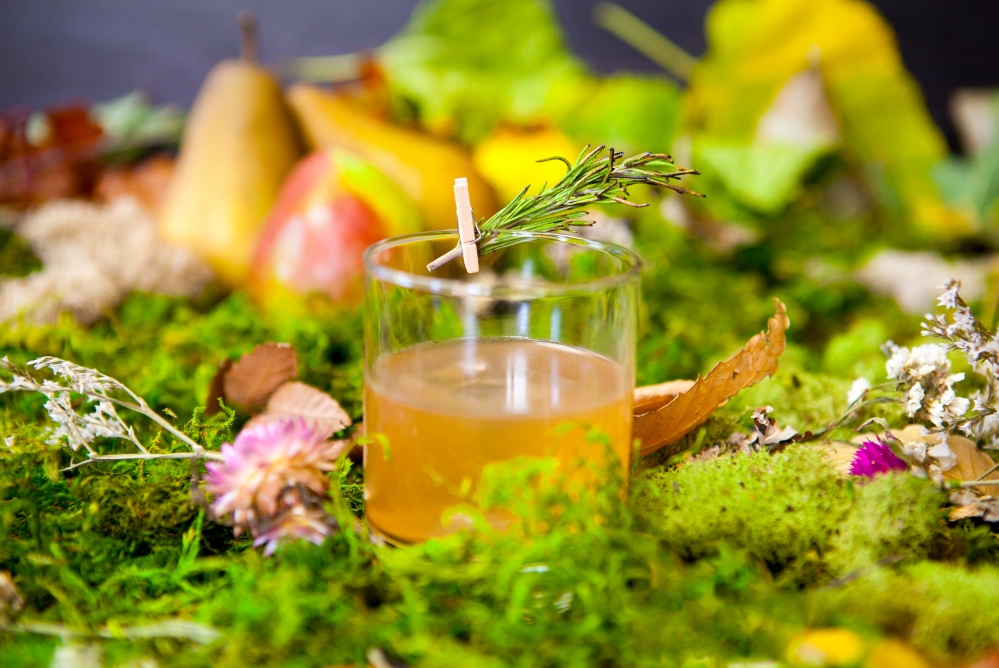 The Black Gold, created by Watson Barry, is a very approachable, old-fashioned style cocktail, with notes of sweetness, savoriness, warmth, and spice. It too calls for some unique ingredients, including house-made savory Braeburn syrup and hand-blended rosemary-infused black bitters. And we’ll also walk you through a new technique—smoking your glass with a smoldering sprig of rosemary.

Watson is an award-winning bartender whose cocktails have been featured in the LA Times, The Tasting Panel Magazine, and SFGate. He currently tends bar and manages the program at Le Cheval in Oakland.

For some behind-the-scenes tidbits from Watson on his work, his inspirations, and his cocktail (plus recommendations for food and music to pair with it!), check out our interview.

Seasonal spices served warm is the essence of December and the holidays in a mug. Well, Christy Pope has got an essential treat for you! Her Cinnamon Apple Toddy is easy to make and in this month of cheer and festivities, entertaining, and cold weather, it exudes good vibes to all who try it. This is a toddy taken to the next level, both a fun drink to indulge in and one that could offer some healthful benefits (Christy swears by having a hot toddy as a preventive when she feels a cold coming on!).

We’ve gathered some wonderful recipes here, all of them ripe for the picking, and we hope you enjoy (re)discovering America’s earliest spirit as much as we have this holiday season!