With a decidedly less spicy profile than rye or other cereal grain–based whiskeys, bourbon is punchy enough to stand on its own yet blends harmoniously into lighter drinks like sours or juleps. The spirit’s corn content (mandated to be at least 51%, but could be as high as 100%) produces a level of easily-detectable sweetness. This mellow edge joins a host of other flavors and sensations, depending on the age and composition of your bottle of choice—from dried fruit, to spices, to floral notes—and is typically rounded out by a distinctive woodsy heat from time spent aging in charred oak barrels.

It was a 1964 act of Congress that officially named bourbon a distinctive product of the US: “America’s Native Spirit,” as revelers have since taken to interpreting that proclamation. Along with horses and hats, it plays a supporting yet pivotal role in May’s Kentucky Derby, then races on to take center stage on June 14th, National Bourbon Day. To celebrate the strong American identity of this spirit, we turned to mixologists from three outposts of award-winning bar and cocktail lounge Broken Shaker—spanning thousands of miles from Miami, to Chicago, and finally Los Angeles—giving them a chance to tip their cap to the beloved Kentucky icon.

We’re bringing out the best in bourbon with May’s Broken Bourbon Box, featuring three diverse recipes that fit the season and spirit like an ornate derby hat placed atop a well-coiffed hairdo. Subscribe now through May 1st to get yours—it’ll ship that very week, just in time for all the festivities! 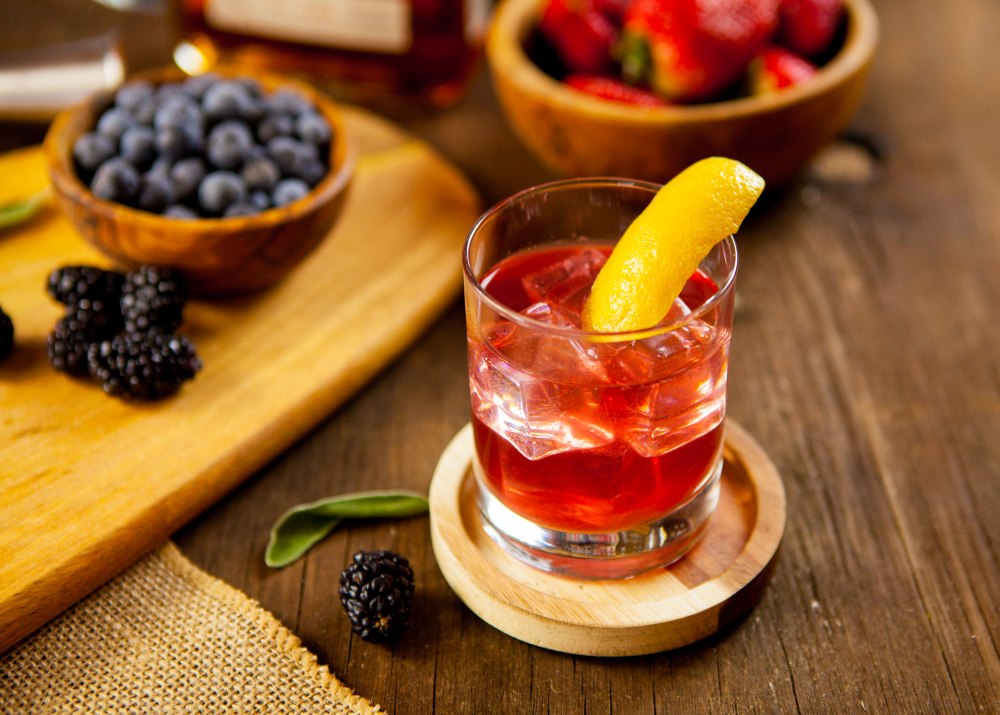 The structure of Robert Eldridge’s Into the Void is loyal to the spirit-sweet-bitter tradition of a proper old fashioned, but the drink carries an uplifting essence of dark fruit and herb from his seasonal berry–sage reduction that includes the summery combo of strawberries, blueberries, and blackberries. And as a reminder of how good a choice bourbon is for any and all seasonal drinking, you’ll find a nod back to distant winter memories with the warming, spiced notes of cherry bark vanilla bitters.

Robert is the bar manager at the original Broken Shaker in Miami Beach and an industry professional with over ten years of hospitality experience. At the Broken Shaker, Robert enjoys the always-changing menu and the lively atmosphere and staff. 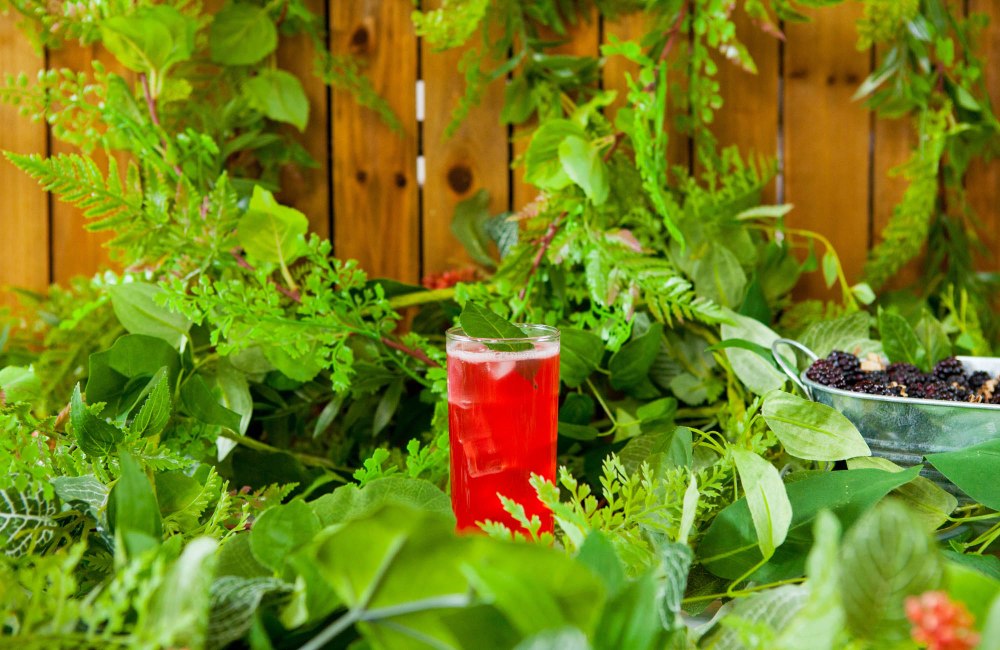 Scott LoBianco’s Young Hearts Run Free is a great example of the versatility of bourbon and how wonderful it can be as a companion for bright and fresh ingredients. The blackberry syrup seasoned with cinnamon and floral bay leaf aims to awaken sense memories of time spent outdoors on an idyllic summer day. This cocktail’s classic combo of fresh fruit and light spice is balanced and lifted by lemon juice and an effervescent blood orange and Meyer lemon ginger ale. Lawn chair and sunshine not included.

Scott started his hospitality career at the acclaimed GT Fish and Oyster, was later part of the opening team for The Berkshire Room, and then moved on to several bars in Wicker Park, including Bordel and Presidio. Finally he joined the talented Bar Lab team to open Broken Shaker at Freehand Chicago, where he oversees the program as bar manager. 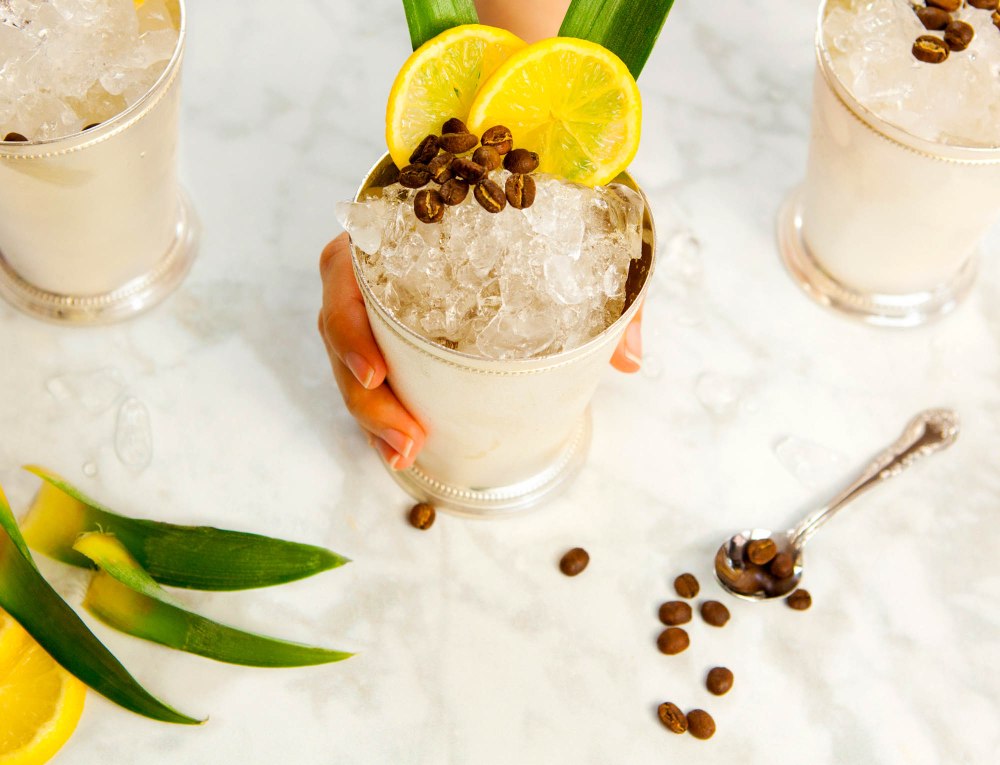 Christine Wiseman’s Massive Carnage cocktail may sound intimidating, but it is a welcoming and highly creative kickoff to a season of laid-back julep drinking. Joining the bourbon as the base of this drink is a cooling and invigorating partner, cold brew coffee. The bold duo is freshened and accented by the subtle, vegetal notes of celery cordial and a long-lingering flavor from Miracle Mile’s root-spiced Forbidden Bitters—before being covered in a mound of crushed ice and topped with aromatic lemon wheels and coffee beans. One sip and you’re off to the races!

Christine is the bar manager at Broken Shaker in downtown LA. She’s worked at several bars throughout her six years in the city, but has now found her home on a rooftop where there is open air and sunshine 345 days of the year.

For some behind-the-scenes tidbits from Christine on her work, her inspirations, and her cocktail, check out our interview.

It’s bourbon’s time to shine and the celebration cannot be contained to just the borders of Kentucky. These three cocktails trek from coast to coast in origin and influence, so hop on in for a pre-summer American adventure!