In recent years, sake has crossed the Pacific and graced our cocktails with its presence here in the US. The shapeshifting fermented rice liquor is quickly becoming popular among bartenders due to its intense umami-ness (the fifth taste), complex flavor profile, and increasing availability and variety, though many people still haven’t discovered sake libations. That’s why we’re here to help, with June’s Sake It To Me Box! Subscribe now through May 31st to get yours—it’ll ship the week of June 5th.

The Tokyo Love Story—created by SeongHa Lee—was inspired by imagining the streets of Japan in the spring, during the time of Sakura (the national cherry blossom festival). Lemon-lychee cordial, basil tincture, rose syrup, and sake come together to create an irresistible love potion.

SeongHa—US winner of the 2015 Bols Around the World competition—has literally gone around the world in his pursuit of spirits knowledge and bar technique. The “500-percent super-Korean” barman (his words!) serves as lead bartender at Zuma (in Las Vegas’s The Cosmopolitan), where he’s known for his sharp presentation and polished manner. In 2016, he established and hosted the Bar Fighter cocktail competition in Seoul, South Korea, to raise funds for children’s cancer research. For more from SeongHa on his work as a bartender, the scene in Vegas and all around the world, and more, check out our interview, where you can get the details behind his cocktail (plus recommendations for food pairings!).

SeongHa has asked that a portion of the proceeds from the Sake It To Me Box be donated to the Helen David Relief Fund, which assists women in the bar industry who are fighting breast cancer. The Fund was founded by longtime bartender and bar mentor Tony About-Ganim in memory of his cousin Helen David, a pioneer business owner in the bar industry. 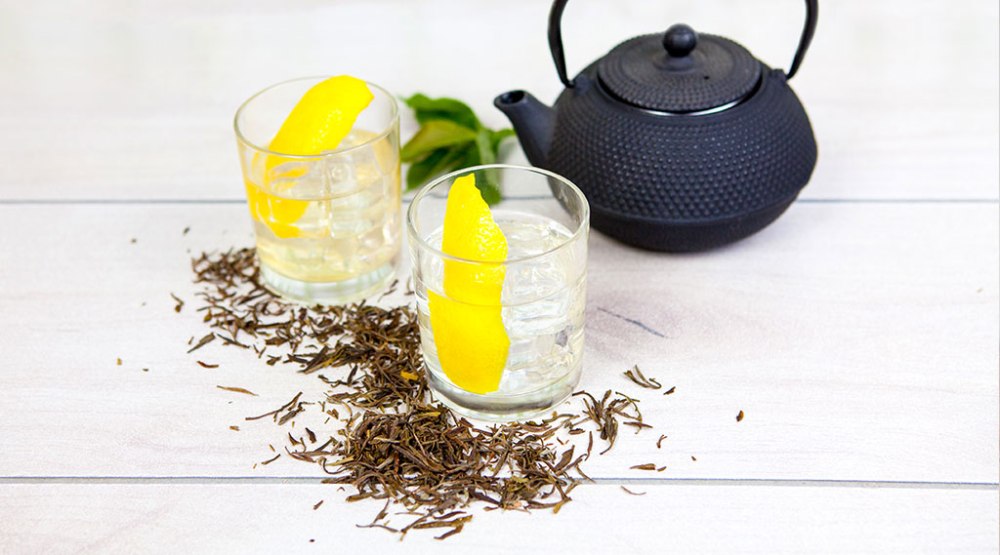 In the For Fox Sake, Blaze Montana has taken some beautiful Japanese flavors and had a lot of fun with them—and it shows! The cocktail is simple and playful, mixing crisp sake with green tea syrup and balancing it with the surprising aromatics of plum bitters. It’s a versatile recipe that can be made with just about any type of sake and is a joy to drink!

Blaze has worked in a variety of venues, ranging from craft cocktail bars to nightclubs, wherein his main goal was to merge the flair of the bartending and cocktail worlds. He helped build and run the beverage program at the award-winning Humpback Sally’s in Bismarck, ND, and is currently opening up the much-anticipated Front & Cooper in Santa Cruz, CA.

Did you know that melons and cucumbers both come from the gourd family? In the Yamaguchi Sling by Daren Swisher, the kissing cousins’ flavors subtly accentuate the sake, creating a full-bodied but bright and refreshing beverage that’s tart and sweet and generally just right. Really makes you see boring old gourds in a whole new light!

Daren has worked at various bars in Boston and Cambridge since graduating from college in 2006. Before joining Cushman Concepts to help open Hojoko, he was the head bartender at jm Curley. Daren recently shared the honor of being named Bartender of the Year by Eater.

We hope you’ll enjoy our Sake It To Me Box! And don’t forget: it makes a great gift—and Mother’s Day is just around the corner! Supercall has already featured us in their Gifts for the Booze-Loving Mama roundup 😉