Not too long ago I went on a date to an Italian restaurant with an extensive amaro selection on its bar menu. The date? It was a one-time deal. But I’ve been interested in learning more about amaro ever since.

Amaro, meaning “bitter” in Italian, is a liqueur traditionally consumed as both an aperitif and a digestif throughout The Boot. Like any distinctly-flavored spirit category, it can be polarizing. But amaro may be especially so because it’s characterized primarily by bitterness, a result of the particular (usually secret) combination of herbs, roots, flowers, bark, and citrus peels that go into it. These can include things like gentian, cinchona, juniper, anise, fennel, ginger, cinnamon, menthol, cardamom, and saffron. And since, evolutionarily speaking, bitterness warned of poison, amaro can be an acquired taste. As NYC bar Amor y Amargo’s beverage director Sother Teague explains: “The world of amari is broad and varied. Don’t be put off of the category if you’ve had one you didn’t like. You may have to try an amaro a few times before your mind allows you to like it.”

To make an amaro, the selected combo of flavoring agents are macerated in alcohol (either neutral spirits or wine) before (sometimes) adding sugar syrup to the mixture. This blend is then aged in casks or bottles. Amaro’s origins are Italian, where recipes originated in monasteries and pharmacies and it was sold as a health tonic. Locals have typically drunk it neat since commercial production began in the nineteenth century, but variation and complexity across the dozens of varieties of amaro that exist today have contributed to a new wave of experimentation in cocktails.

Some of the most common brand names of Italian amaro are Averna, Ramazzotti, Lucano, and Montenegro. These are medium amari, with a balance of bitter, sweet, and citrus flavor notes. But the wide range of Italian amari available for purchase includes a variety of categories. There’s Fernet (Fernet Branca is one famous example, which is typically more bitter than other amari), light amaro (like Braulio, which has more citrus and is lighter in color), Alpine amaro (with a smoky taste from alpine herbs), carciofo (Cynar is an example of this type, made with artichoke), and tartufo (made with black truffles in Umbria), among others. 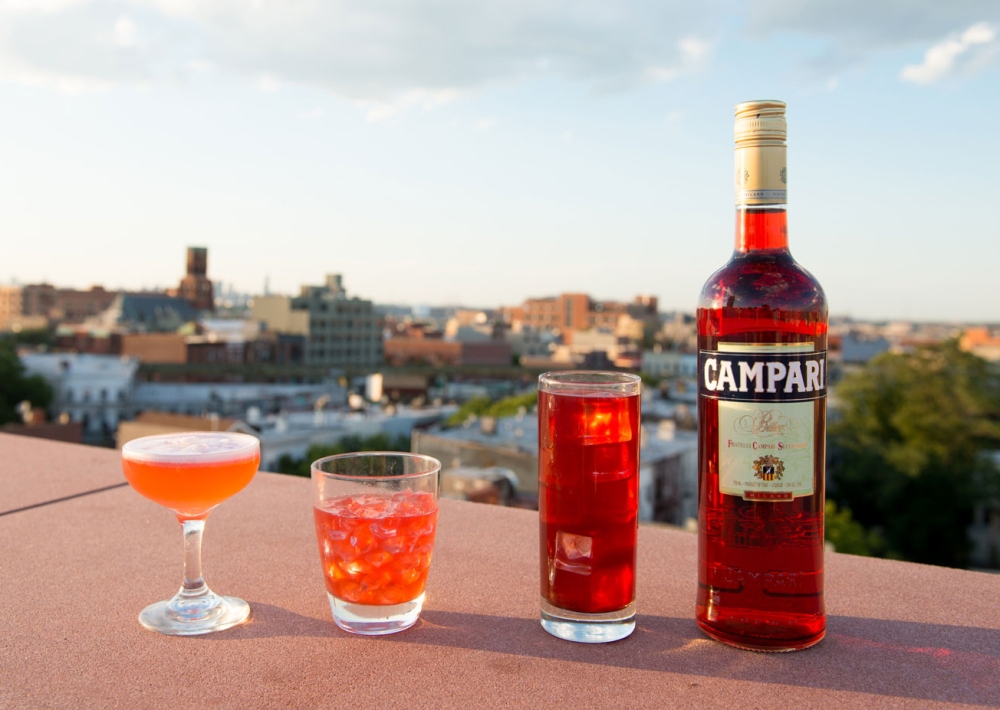 Campari, another medium amaro that’s pretty well-known this side of the Atlantic, is a popular pre-meal spirit that can be found in classic cocktails like the Americano and Negroni. Aperol often appears in aperitivos as well, including the effervescent Aperol Spritz, a mix of Aperol, prosecco, and soda water that’s considered a good intro to the world of bitter booze.

And there are even more amari globally. While many Italian producers insist that an amaro be Italian to earn its name, others are more forgiving, allowing digestifs from other countries (like Germany’s Jägermeister, the Czech Republic’s Becherovka, and Hungary’s Zwack) to qualify as well, as long as these herbal liqueurs possess the requisite bittersweet flavor profile.

So whether you’re trying amaro for the first time, or making your way towards the bitterest end of the spectrum, there are a whole lotta ways to please your palate.