You may recall a recent post about the history behind the toasting tradition, where I said I’d eventually get around to explaining why we typically toast with bubbles. I’m a woman of my word, so feel free to raise your glass in my honor as you keep reading.

The basic background is actually quite simple: in the Middle Ages, the town of Reims (one of the three modern centers of French Champagne production that, along with Epernay and Ay, would later be known as the Champagne region of France) became the traditional crowning site for French kings, beginning with the coronation of Hugh Capet in 987. Before modern transportation, a trek to Reims was a bit of a time commitment, so those who made the journey would stick around for a little while, imbibing local wine while there. For the next eight centuries, the wine that people drank in this particular geographical region would be associated with royalty and its extravagance, and subsequently considered a status symbol. The vin Capet sipped had a long way to go before becoming true Champagne as we know it today, though. Wine production methods during the Middle Ages were pretty basic: grapes were harvested, they’d ferment for a few weeks in barrels, and the resulting wine was consumed right away. But the wine trade gained momentum as centuries passed and exports increased, meaning that barrels weren’t necessarily being opened soon after they were delivered anymore. And it wasn’t until this happened that carbonation was discovered to be taking place—accidentally. If shipped barrels were only first opened in the spring, their contents would be carbonated due to the chemical processes occurring within them: the yeast responsible for the wine’s fermentation would have gone dormant in the cold winter temperatures, but been re-activated in the warmer spring months. When yeast ferments grape juice, it produces both alcohol and carbon dioxide, and when fermentation happens in a closed container, the trapped carbon dioxide forms bubbles. Voila, sparkling wine! . . . Right?

Well, to you and me, this may seem like a happy accident, but French winemakers actually considered the unplanned carbonation to be an undesirable byproduct of faulty production methods at first. And it took a while for people to understand what was going on, chemically, inside the barrels. English scientist Christopher Merret identified sugar as the culprit of effervescence in 1662, and chemists spent the next century perfecting ways to control the sugar’s effects. French monk Dom Perignon, often mistakenly credited with inventing champagne, was actually trying to understand how to improve it by ridding bubbly of its bubbles. He began developing viticultural practices in 1668 that ultimately yielded a higher-quality product, as well as a white wine from red grapes (giving Burgundian producers some competition in the color department at the time). 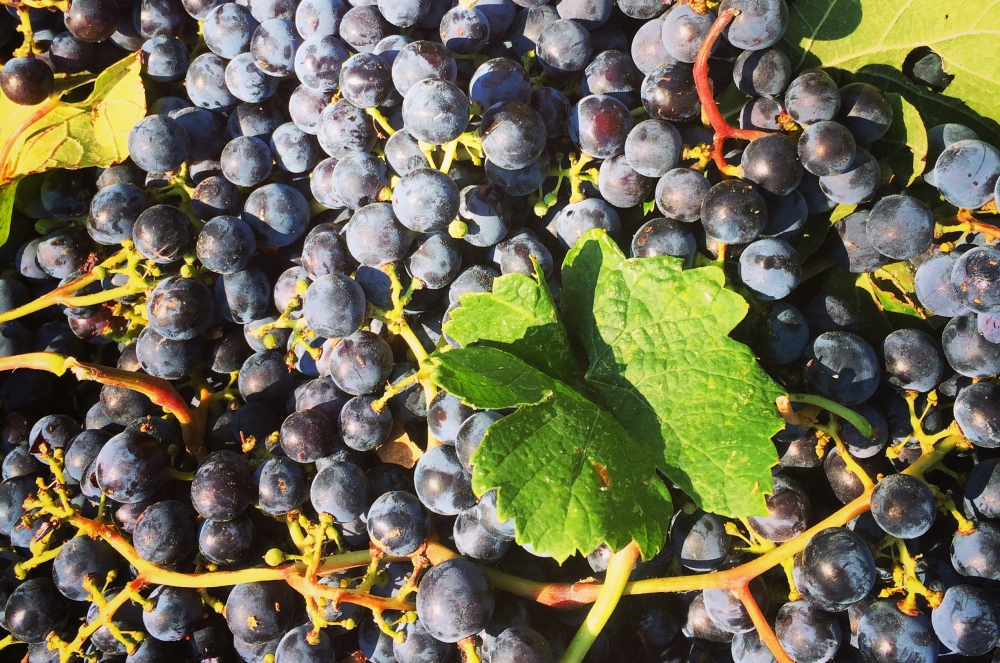 As the drink’s popularity grew in London, other European courts soon followed suit. The Duke of Orleans, Regent in France in 1715, included the drink at palace festivities, setting an example for fashionable society so that champenois winemakers transitioned from still to sparkling wine production to capitalize on its new popularity. Real Champagne wasn’t first produced intentionally in France’s Champagne region until about 1700. Champagne houses, where private merchants would make Champagne from grapes they purchased from vineyard owners, began opening in the eighteenth century.

The industrial revolution saw improvements in production and transportation. British advances in the manufacture of glass produced a wine bottle that could better contain effervescence without exploding, better corks made it easier to seal bottles, and Madame Clicquot (of the Champagne house Veuve Clicquot) developed a riddling technique to remove sediment from dead yeast without losing much gas inside the bottle. In 1854, the French railroad system linked Reims with the rest of the country, and Champagne sales grew immensely.

The appeal of Champagne was furthered through endorsements by British celebrity George Leybourne, beginning in 1866. It was during this revolutionary period that newly rich merchants began drinking Champagne—previously afforded only by the nobility and viewed as an aspirational beverage—on special occasions. Since then, marketers have continued to present Champagne as an extravagant beverage choice to this day—perhaps reflecting the suggestion that the literal overflow of bubbles in a glass indicates abundance and wealth. 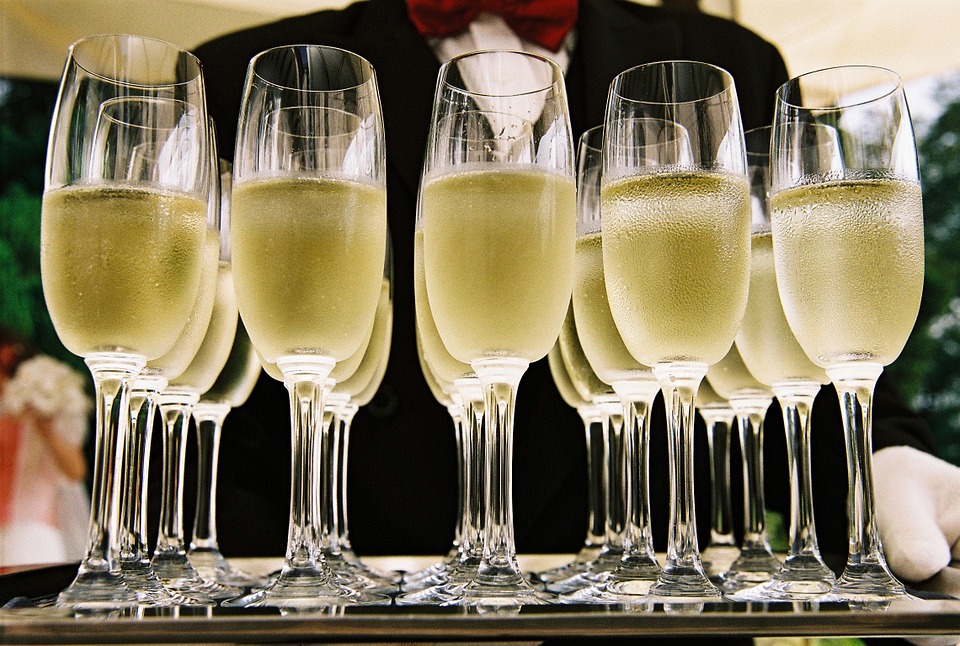 And so, bubbly is more likely to appear at a splurge-worthy occasion where you’re in some black-tie garb than, say, with a home-cooked meal. But, hey, any occasion can be turned into a celebration of some kind, can’t it? 😉