If you’re anything like us, you probably bought more bubbly for your New Year’s festivities than you ended up drinking, and now the leftovers are just sitting there, right? (Good thing the stuff doesn’t spoil!) Luckily we have the perfect way to put those bubbles to use—we’ve assembled some awesome recipes to keep the celebration going. Cheers to that!

We hope you’re excited to keep popping the bubbly with February’s Afterparty Box! Subscribe now through January 31st to get yours—it’ll ship the week of February 6th (arriving in time for ❤️  Valentine’s Day! ❤️ ). 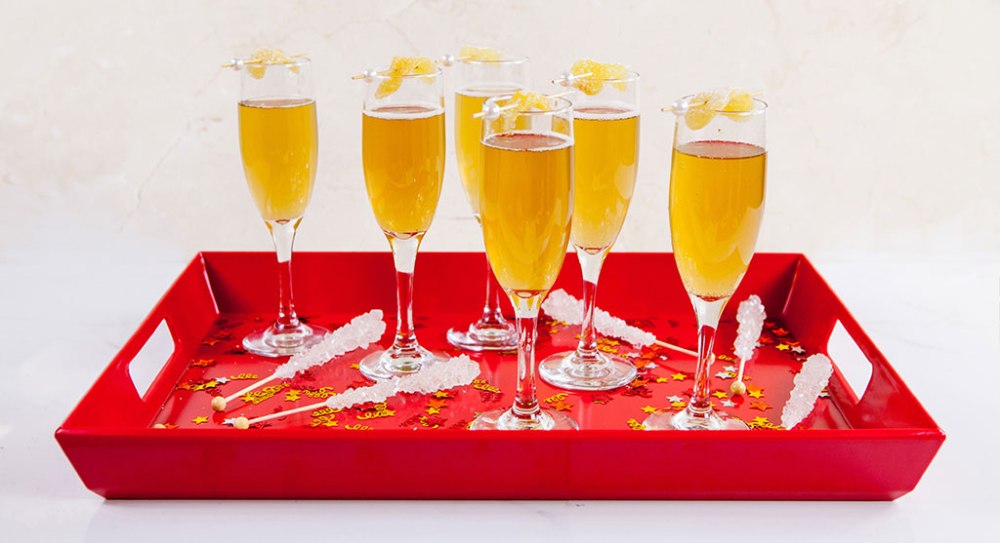 Cris Dehlavi created a delicious twist on the classic champagne cocktail to celebrate the upcoming Chinese New Year using ginger bitters and a Chinese five-spice syrup (made with star anise, Szechuan peppercorns, cinnamon, cloves, and fennel). A fun way to invigorate a glass of bubbly, this wonderfully complex yet simple cocktail with a kick—aptly called the Chinese New Year—will have you crowing all month long. For more info, check out our interview with Cris, where you can get the details behind her cocktail (plus her recommendations for food and music to pair with it!).

Cris began at Columbus, Ohio’s prestigious M Restaurant in 2002 and has been Head Bartender there since 2005. She’s one of the managers of Tales of the Cocktail’s CAP program, leading a group of 60 bartender apprentices from around the world, and has been voted Best Bartender in Columbus for the last 6 years (she’s also President of the Columbus chapter of the USBG). 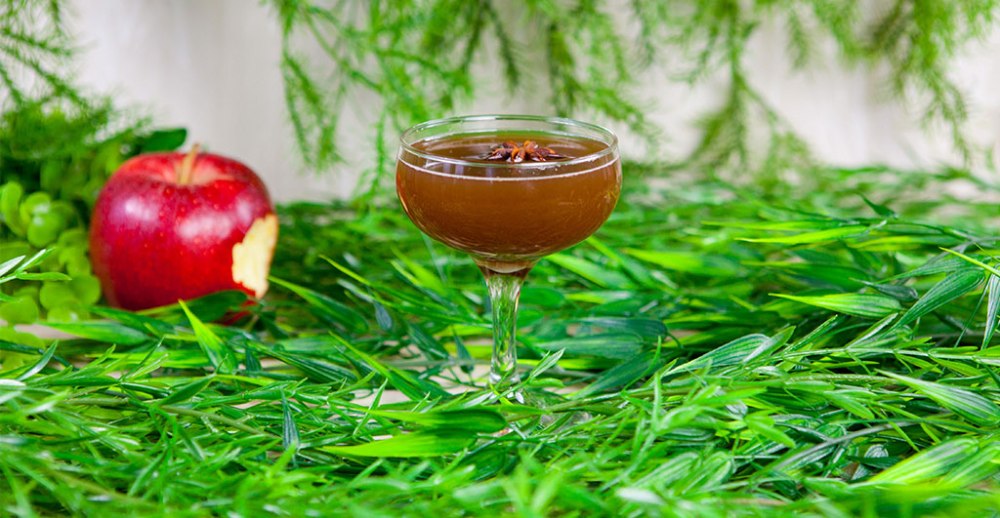 The Original Sin by Michael “Champagne Jesus” Seward is positively divine (or devilish?), with the scrumptious pear-apple elixir (since the story just says “fruit of the tree of knowledge,” we’re using both apples and pears to cover our bases!) and the complex apple-balsamic shrub both vying for your palate. It’s light and refreshing, so you can imbibe without worrying about it hitting you too hard—can you say perfect for a winter brunch?

Michael has spent the last 20 years cultivating consumers of bubbly at Chicago’s Pops for Champagne. He loves assisting in the construction of Pops’s world-class Champagne list, but placing the proper wine in each guest’s hands is what really makes him tick. Michael’s passion for food also needs mentioning—living in Chicago allows him to experience a first-rate dining scene that he then passes on to his inquiring guests with recommendations and reservations.

Last but not least, we’re bringing the Time After Thyme by Pamela Wiznitzer back from the vault by popular demand, and also using it as a celebration and honoring of Pamela’s recent election to National President of the United States Bartenders Guild—congrats, Pam! This audience favorite combines the herbaceous fusion of cucumber, celery, and thyme with the fresh citrus of grapefruit.

In addition to her presidency, Pamela Wiznitzer is currently Creative Director and bartender at Seamstress in Manhattan. She won first place in the 2014 National Restaurant Association’s “Star of the Bar” and 2013 Louis Royer “Show Me the Proof” competitions, was named one of Food & Wine‘s Top 10 Rising Star Mixologists, Wine Enthusiast‘s 2015 “40 Under 40” honorees, and was an inductee into the Dame Hall of Fame in 2015. Pamela has been featured in The New York Times, Wall Street Journal, The Tasting Panel, Travel & Leisure, Bar Business Magazine, The Village Voice, Zagat, Glamour, Cosmopolitan, Shape, Self, ABCNews.com, and Underground Eats, and has had recurring appearances on the Food Network, VH1, NBC, LXTV, Fox & Friends, and BetterTV.

If you’re looking for the perfect thing for Valentine’s Day—whether it’s a gift for your partner, a girls’ night activity, a party in a box for you and your friends, or some solo DIY fun—we hope the Afterparty Box will fit the bill! After all, there’s no wrong time to pop open some bubbly 😉