Rum—and its relatives of yore distilled from byproducts of the sugar cane plant—had a centuries-long history on the open seas aboard Navy vessels and pirate ships before striking land in the Caribbean for mass-production in the 1600s. There have been changes and a lot of geographic expansion along the way, but the adventurous, sea-centric soul of this spirit has remained intact to this day.

Since those early island beginnings, the common way to produce the lightly aged variety of rum has been by judiciously aging it in oak barrels (remember, spirits age faster the warmer it is!) and then removing any traces of color via charcoal filtering. Today, though, more and more distillers are tinkering with traditional aging times and barrel composition in order to glean an added complexity of flavor, sweeping an oft-maligned category onto a modern wave of creativity and exploration.

And where there is rum, it’s safe to say that fun cannot be too far behind—and the cocktails you’ll find in April’s Rum Wild Box deliver on the festivities while inspiring idyllic thoughts of surf, sand, and sun. Each recipe starts with oft-paired flavors but then sails further on to uncover some delightful surprises along the way. These bright, island-accented creations will put a beachy spin on your spring bash—and even if you’re landlocked this April, you’ll be feeling no more than a seashell’s throw to the coast. Subscribe now through March 31st to get yours—it’ll ship the week of April 2nd. 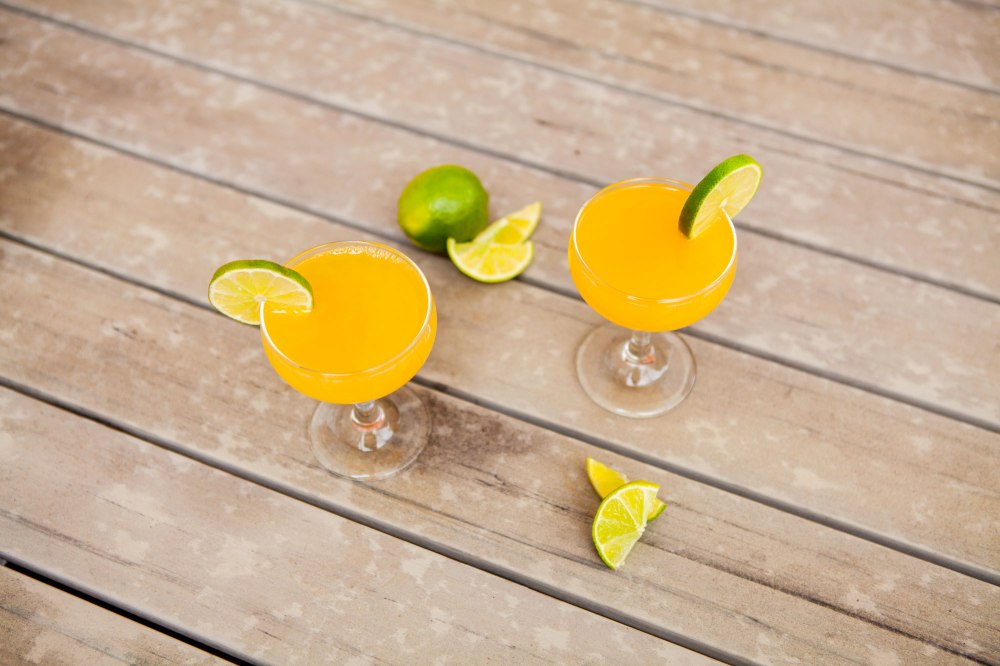 Allow Marshall Altier and Jonathan Borin to take you on an excursion to Nicaragua with their Hemingway en Nica. This update on the classic daiquiri amplifies the taste of bright, bitter, and balanced citrus thanks to the naranja agria–grapefruit syrup. Known in English as the Seville orange, the naranja agria is a go-to ingredient in Latin American kitchens and also serves as one of the bases for flavoring triple sec and other orange liqueurs. A healthy dose of tiki bitters brings a deep, warming spice, creating a vibrant, well-rounded experience.

Marshall and Jonathan both boast twenty years’ experience as bartenders, consultants, and educators around the globe. The pair has collaborated to develop a rum-focused program at the soon-to-open Chicha in Brooklyn, where Marshall is Director of Beverage. Marshall has developed several successful beverage brands, is the co-author of How to Booze: Exquisite Cocktails and Unsound Advice, and has been featured in New York Magazine, Wine & Spirits magazine, and The San Francisco Chronicle. 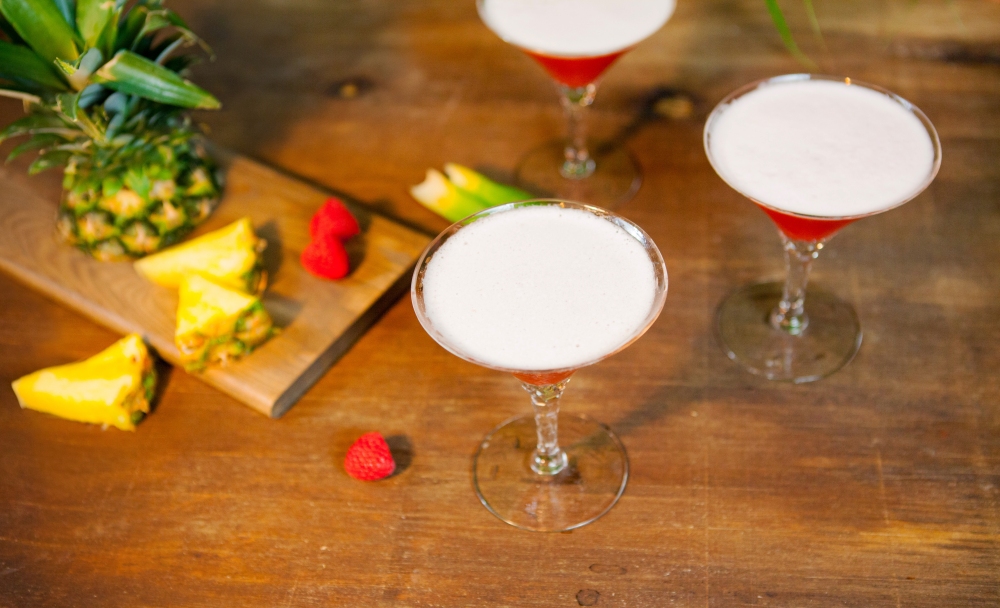 The sun is peeking through, the grey’s becoming green, and the big thaw is nearly complete, but there’s one last thing needed before spring can be officially welcomed with open arms—the perfect drink! Jonathan Pogash’s T.G.I.S. (Thank Goodness It’s Spring!), is just that, sporting an inviting shade of berry, a pleasing scent, and a smooth, rich texture. It reveals a whole new side to frequent collaborators rum and pineapple juice, countering these island favorites with fruity raspberry preserves and an apple cider vinegar kick.

Jonathan, also known as The Cocktail Guru™, is a cocktail consultant and bartender for many restaurants and spirit companies. With nearly twenty years’ experience in the hospitality industry, Jonathan contributes his insights to various publications, television shows, and national radio broadcasts, and is the editor of the Mr. Boston Bartenders’ Guide 75th Anniversary Edition. 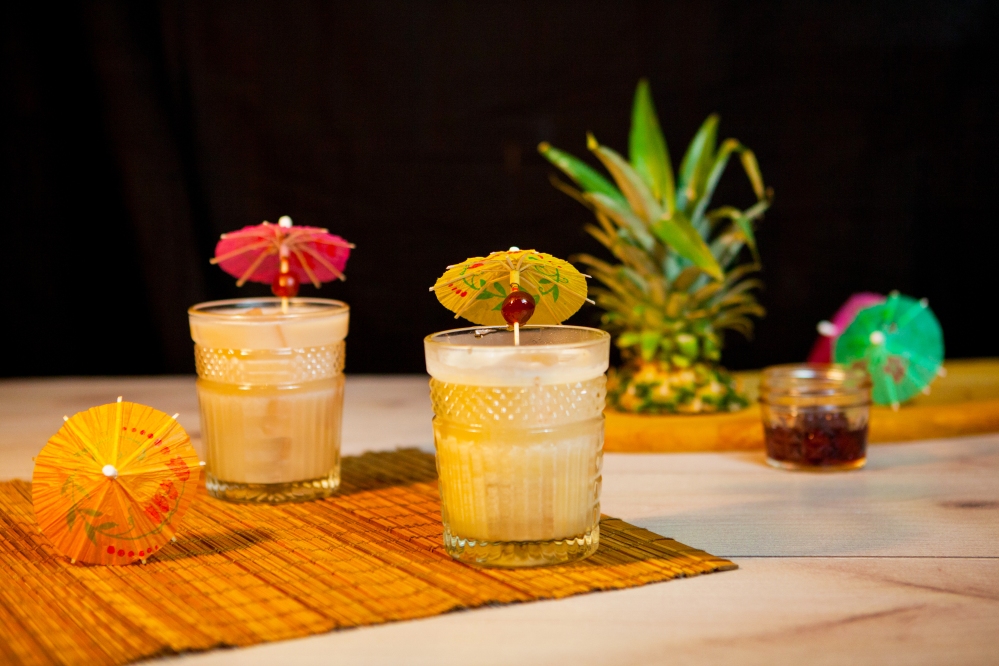 No white rum box would be complete without a big splash of tiki! More than anything else, tiki is a festive, breezy state of mind and, with that first tease of warmth in the air, April is the perfect time of year to set a celebratory tone for a wonderful summer ahead. Dan Watson’s Papa-Oom-Mow-Mow checks all of the boxes: a funky name, perfect blend of citrus flavor and coconut creaminess, and some unexpected complexity thanks to a mild, lingering chili pepper finish and rich notes of chocolate bitters.

When Dan isn’t doing research at distilleries and rum shops in the Caribbean, he can be found watching baseball games in Cleveland dive bars with a book in one hand and a hot dog in the other. A student of all things tiki, he has opened multiple cocktail bars throughout the Midwest and published countless recipes. At this very moment, he is likely tending bar at Porco Lounge and Tiki Room, working overproof Jamaican rum into every cocktail, sneaking Devo onto the bar’s playlist, and obsessively reorganizing their library of bottles.

For some behind-the-scenes tidbits from Dan on his work, his inspirations, the wide world of rum, and his cocktail (plus recommendations for food and music pairings!), check out our interview.

Just like spring itself, our Rum Wild Box is a perfect bridge between the long, cold winter and all that summertime fun to come. So join us on a tour of the tropics with these three brilliant and festive recipes and let us point the way to paradise!