With Brazil in the news, what better way to keep up on current events than by sipping on a cocktail featuring its most popular spirit? I’m talking, of course, about cachaça, a cousin to rum and a key ingredient in a caipirinha . . . and a handful of other libations that’ll be released with the next Shaker & Spoon box.

Like rum, cachaça (pronounced ka-SHAH-sa) comes from sugarcane, but it emerged about a century earlier. While rum is made from processed sugar cane (in the form of molasses), cachaça is fermented, distilled, and filtered cane juice. It can be unaged or aged; if the latter, it must be in a barrel for at least a year to legally earn its “aged” label.

Different woods can be used for aging cachaça, with each particular species imparting a unique flavor to the final product—barrel type isn’t regulated. A barrel can be made of American oak, or of Brazilian amburana ( . . . or ipê, or jatobá, or cedar, or freijó, or garapa, or balsa, or vinhático, or jequitibá . . .).

Unaged, cachaça has a clean, earthy, grassy flavor to it that, depending on the particular version you’re sipping on, may taste like vodka, tequila, or rhum agricole (a style of rhum from the French Caribbean that’s also made from fermented cane juice).

Aged versions tend to take on the flavors of the barrels they’re aged in, and are typically softer and have more depth than their younger counterparts. Different wood varieties can impart various floral or spicy notes, like cinnamon, vanilla, anise, or clove.

Cachaça is a pretty big source of Brazilian national pride: a few centuries ago, the Portuguese felt so threatened by how popular the spirit had become that it banned consumption of it on June 12, 1744. Incidentally, this is National Cachaça Day today!

Official figures estimate that about 1.2 billion liters are produced in Brazil every year by about 5,000 producers (though there may actually be something closer to 40,000 producers), with less than 1% exported to other parts of the world. 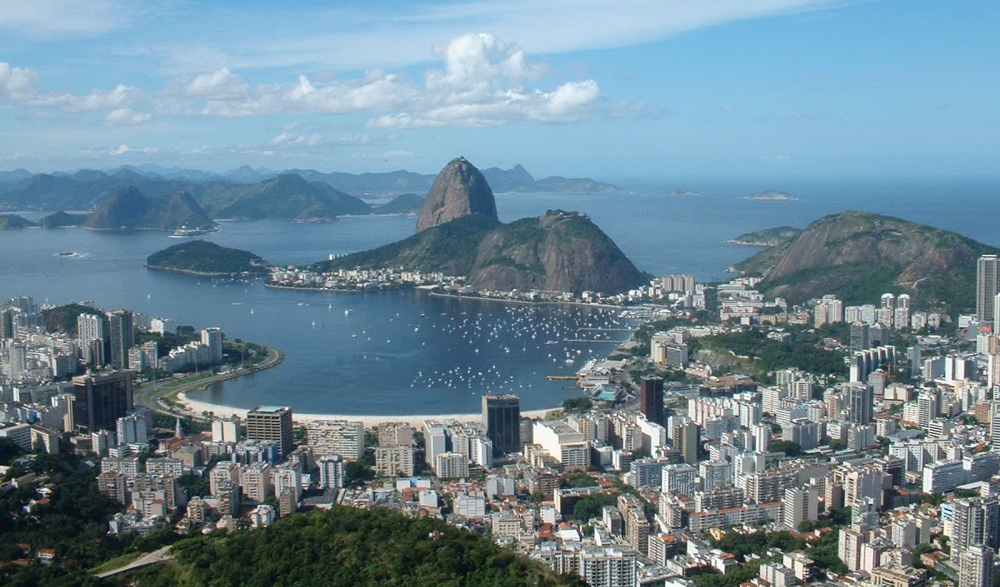 And hey! curious about that mark under the third c? It’s called a cedilla, and cachaça actually doesn’t have to have it—it just indicates that the last c needs to be pronounced softly. Getting diacritical every once in a while is fun, eh? (No, that’s just me? Okay okay, I digress.)

Just in case cachaça becomes your new favorite spirit, there are a whole lotta things you can call it—Brazilians have more than 2,000 nicknames for their national liquor. Here are just a few:

But no matter what you call it, cachaça is perfect for a refreshing summer cocktail!