As the real heat of summer quickly approaches and we tell you about our next box—which, let’s face it, probably isn’t what you expected—we can imagine you scratching your head and wondering: Scotch in the summer, really? Well, we say: Heck, yeah! Add some seasonal fruits, like peaches and strawberries, and suddenly this spirit becomes deliciously summery. Subscribe now through June 30th and see Scotch in a whole new way! Boxes ship the week of July 4th. 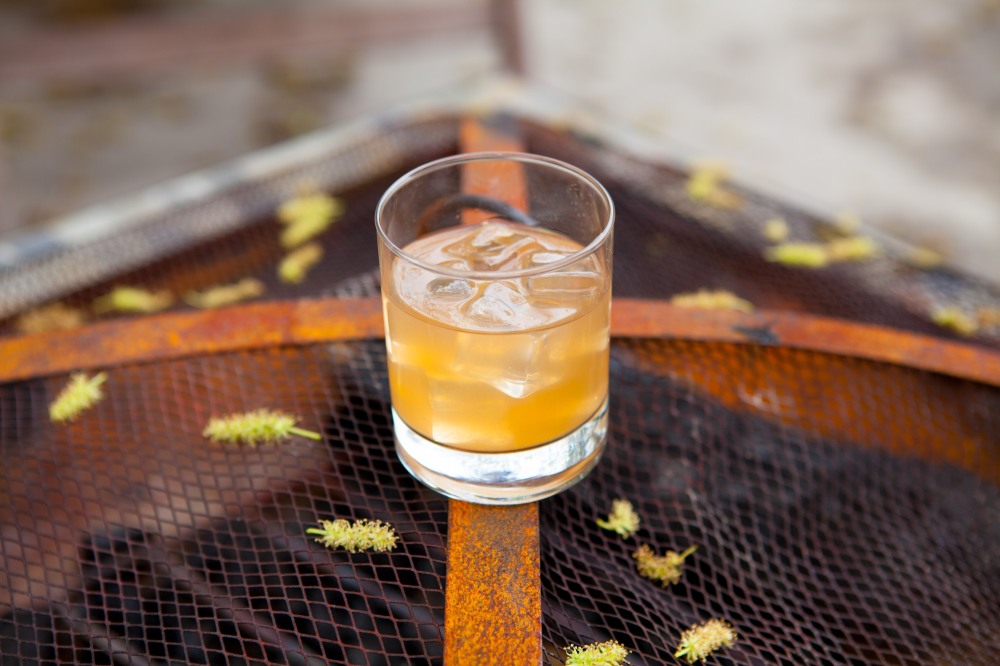 With an IPA tincture and strawberries cooked with orange juice and pink peppercorns into a yummy cordial that plays off the smokiness of the Scotch, A Worn Path is perfect for that warm summer day!

This cocktail was created by Steva Casey of Saturn in Birmingham. Her cocktail recipes and ideas about building drinks have been published in Cosmopolitan magazine, Men’s Journal, and on CNN. She owns more bottles of Scotch than dresses.

Kevin has been a bartender and mixologist at numerous impressive establishments on both coasts for the last 14 years. He was named one of San Francisco Chronicle’s “Bar Stars” (2011) and continues to contribute to the Bay Area’s thriving bar scene at the recently opened P.C.H., where he curates a robust menu of cocktails, as well as spirits and beers from all over the world.

Grapefruit and lemon add a nice zing to Scotch’s smoky vanilla notes, and our house-made syrup of burnt orange peel and cardamom makes the Night Fighter by Ryan Maybee of The Rieger in Kansas City wonderfully aromatic.

Ryan—a lifelong bartender with wine, spirits, and mixology expertise—was named 2013 Bartender of the Year by Imbibe Magazine and one of 8 “Fabulous Innovators” by Gaz Regan’s Annual Manual for Bartenders (2011). Ryan’s creative libations have been featured in Food and Wine, Mutineer Magazine, The New Yorker, Vogue, GQ, Esquire, Vanity Fair, Bartender Magazine, and various other publications.

We hope you can’t wait to try the Summer Scotch Box! And don’t forget: it makes a great gift for Dads (and grads!), too. We’re not the only ones who think so—you can find us in Father’s Day gift guides on Askmen, Parade, and MSN, just to name a few!